In May 1970, The Scioto Society was incorporated as a tax exempt, non-profit corporation. It dedicated itself to the cultural, historical, educational, and economic development of the tri-county area. These counties were, Ross, Pickaway, and Pike; as well as the state of Ohio in general.

The principal impact area was designated as Ross County. The Society’s major goal was to help restore regional and national awareness to the area surrounding Chillicothe, so that the area could assume its’ rightful place in the early history of the United States. The Northwest Territory was in the particular thought of this process.

The first stage of that goal was realized when the premiere performance of the outdoor drama Tecumseh! was held in the summer of 1973, at the newly constructed Sugarloaf Mountain Amphitheatre. Its 206-acre location was purchased by the Society and its 1800 seats continue to fill to capacity each summer.

The Scioto Society would like to acknowledge that we gather on the traditional land of the Shawnee People and honor with gratitude the land itself and the people who have stewarded it through generations too numerous to count.  Long before The Scioto Society told the story of Tecumseh on these hills, The Shawnee People lived it.  They stewarded this land for hundreds of years.  Before the Shawnee people, the Adena and Hopewell cultures lived and cared for it, leaving us only their stunning art and earthworks.  It is with gratitude that we honor the land and the First Nation people who call Chillicothe home, and we also acknowledge that we benefit from their loss of land through colonialism and genocide. 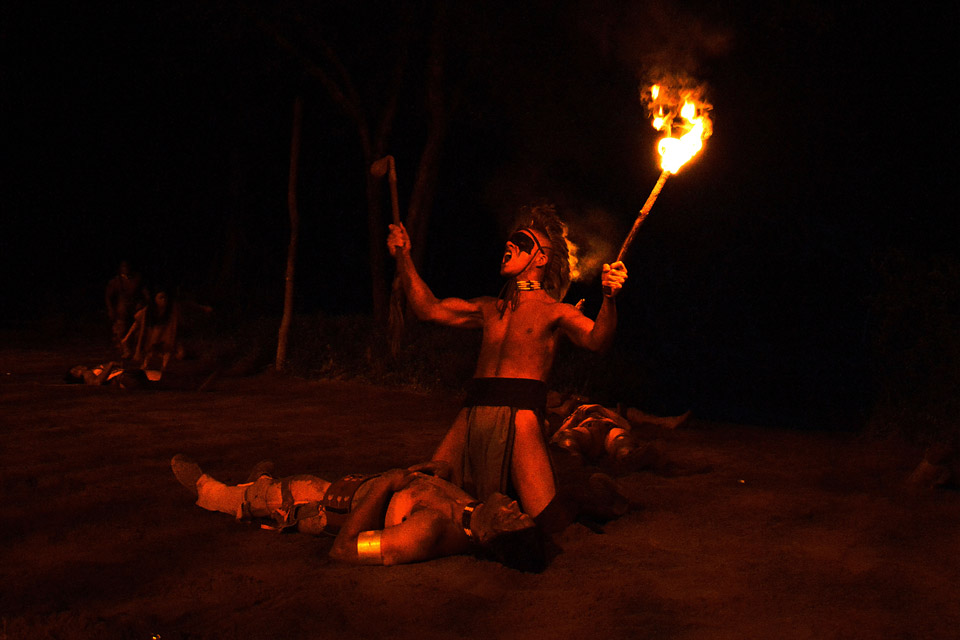 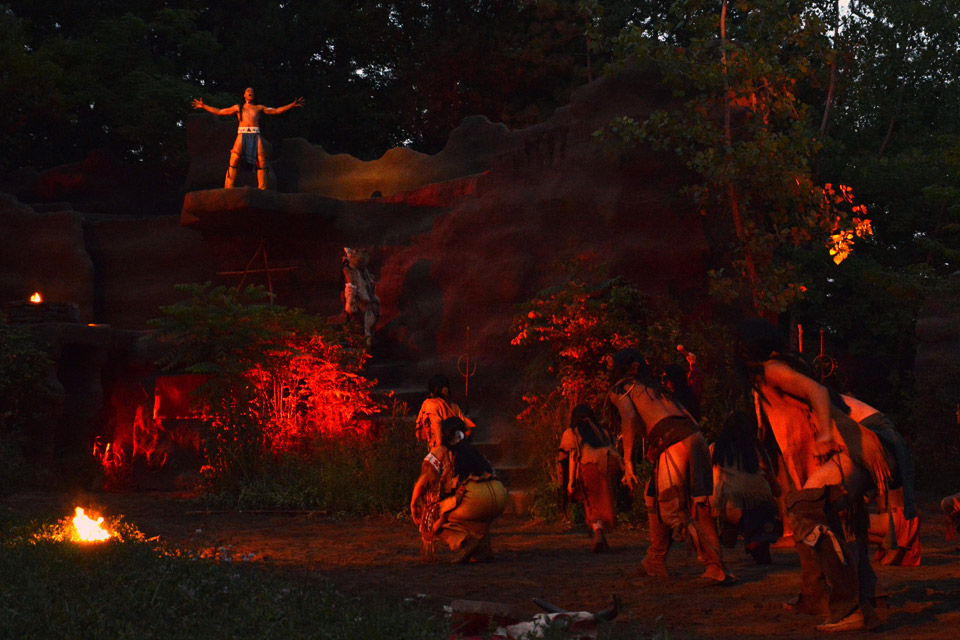 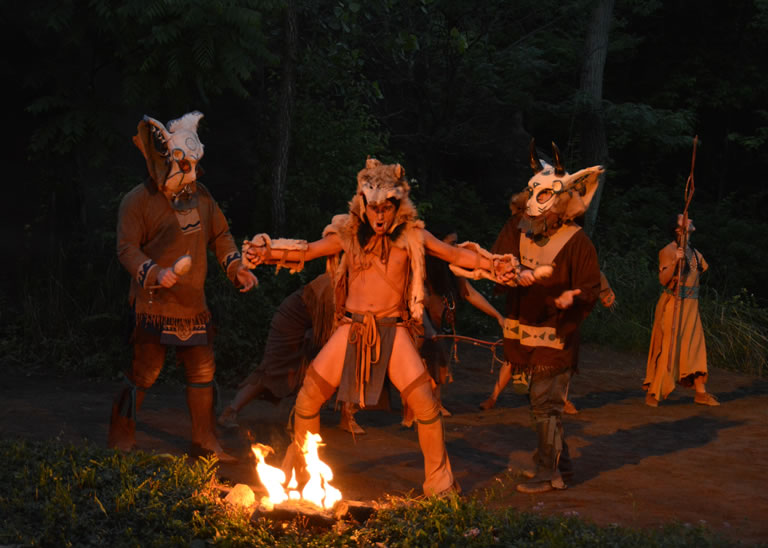 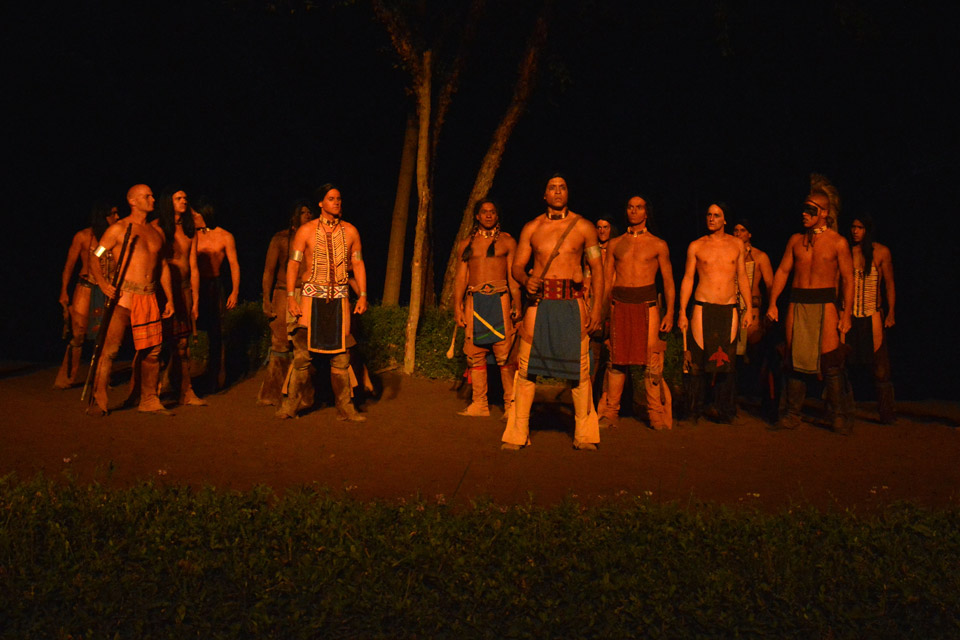 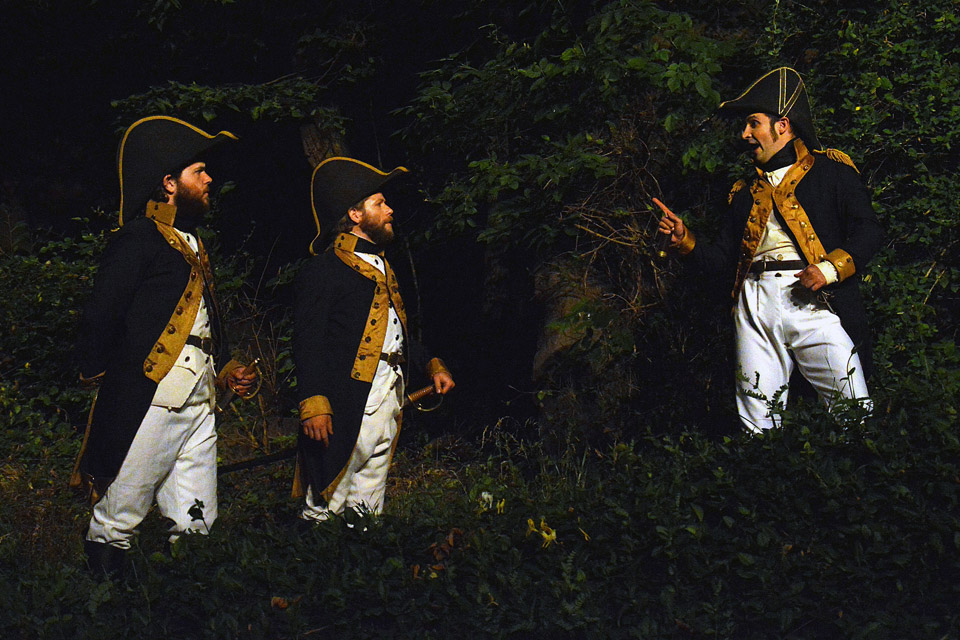